Our time with Mr. Richard Overton was limited but it was an honor and privilege to meet and have a short conversation with him.We extended an invitation to him to join with us in November for Veterans Day at Wesley UMC. His nephew, Martin Overton, said he would work with us to make this happen if practical. 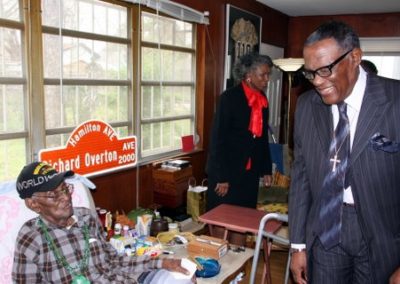 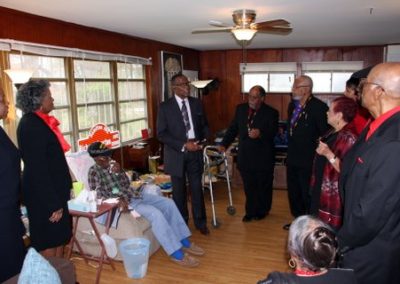 After we mingled a tad and spoke to him, he was so pleasant and still has a sharp memory. He also has a good sense of humor and is so proud to have served in WWII and traveling all over the world. 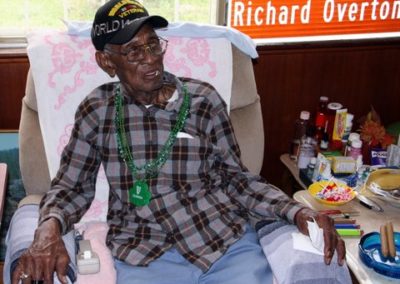 Someone asked him what is his secret to a long life to which he replied, “I smoke 10 cigars a day.” When he met President Obama four years ago, it was said the president asked him what was the secret to his longevity. Mr. Overton responded, “I smoke 10 cigars a day and drink whiskey.” Today his nephew says he mostly smoke cigars. Mr. Overton is celebrateing his 112th birthday today May 11, 2018. 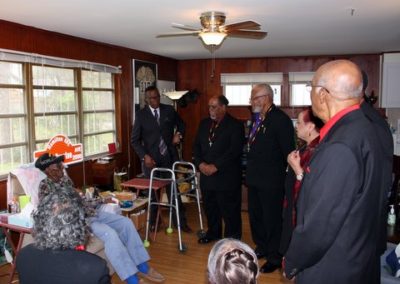 It was explained that Mr. Overton was a little cranky this morning but at 111 years old, he can if he wants to be. However, we found him to be affectionate and charming. He was wondering who all these people were in his house and his nephew explained that we wanted to visit with him; he said “Ok.” 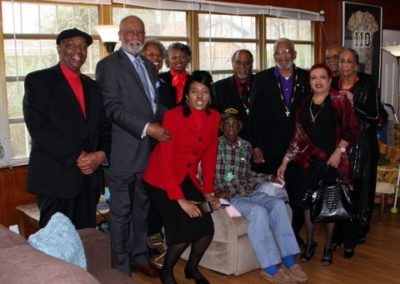 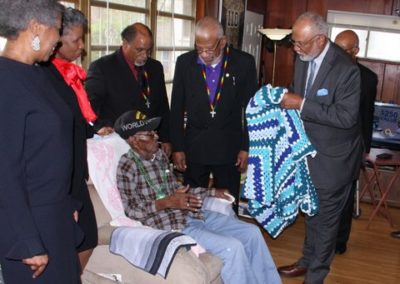 Ed Kearney presented a prayer shawl donated by Wesley’s Prayer Shawl Ministry. Mr. Overton said it was soft and that he liked it. 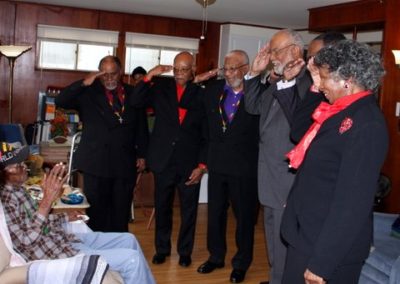 We saluted him and yes, he returned a grand salute to us. What an honor and joy it was for us to meet with him. He is an inspiration to all. 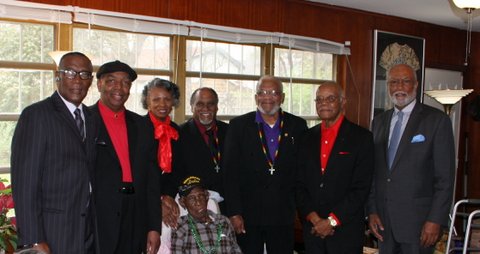 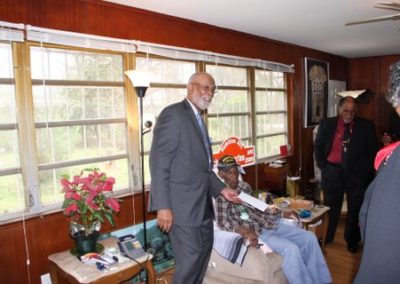 We also presented him an envelope. He looked inside and saw a $100 bill to which he quipped, “Do you have any more?” 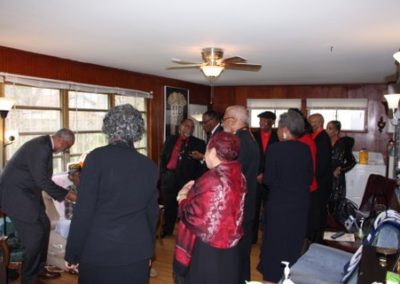 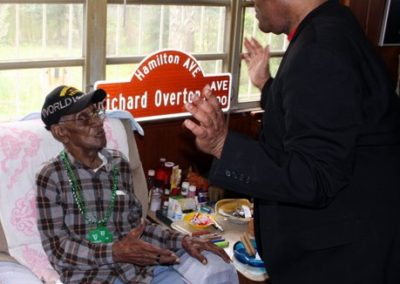 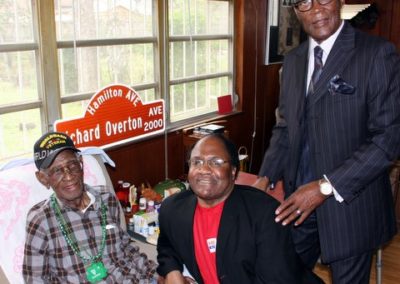 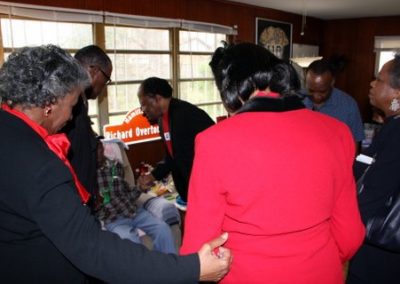 Pastor Chase then led us in prayer. 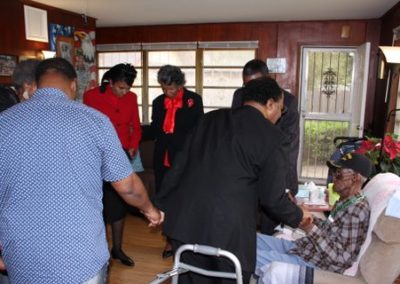 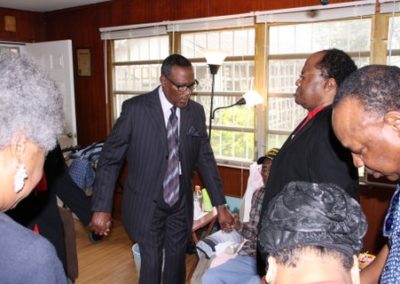 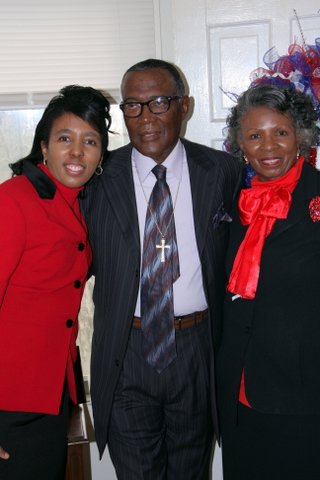 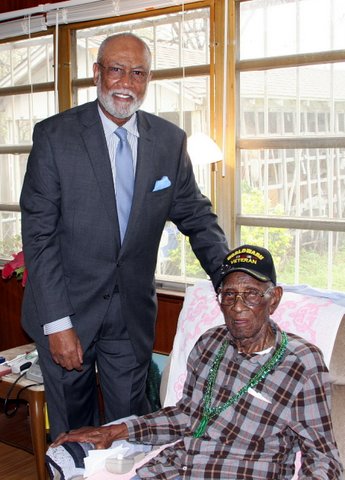 I asked if I could have a parting shot with him and he readily obliged. 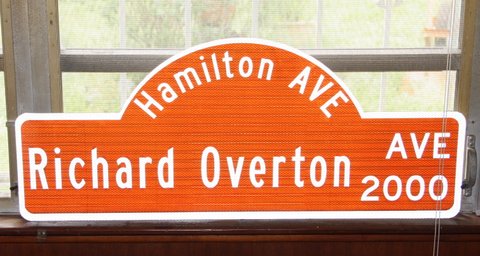 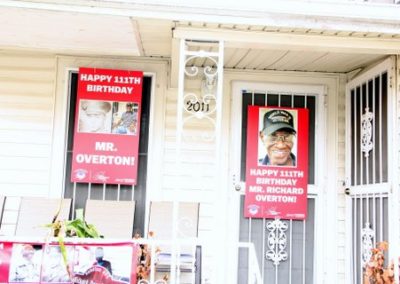 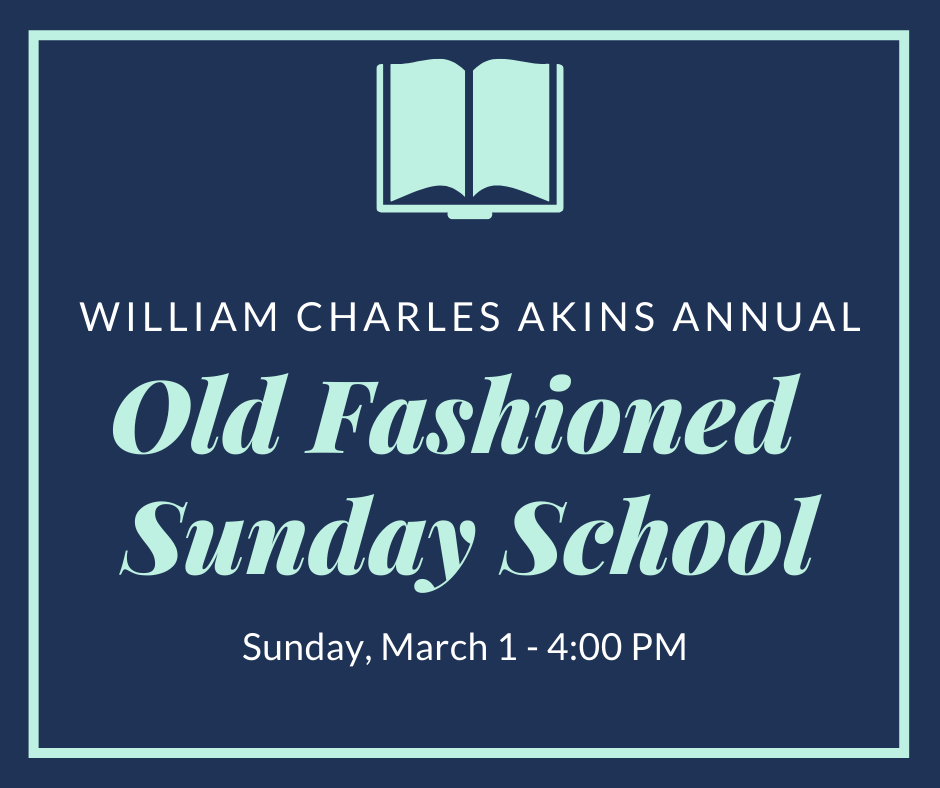